A colourful, fun and breezy take on sex and religion, Vinko Brešan’s The Priest’s Children is a comedy charmer. Though sex is at its heart, there is nothing too explicit about the going-on, and the picturesque Dalmatian island backdrop looks picture postcard perfect.

Young Catholic priest Fabian (Krešimir Mikić) is sent to the tiny island to take over from elderly priest Jakov (Zdenko Botic) but the old man is so popular that locals lobby to have him stay on the island and take mass occasionally. Fabian is bemused by the lack of births on the island, until he discovers there is a roaring trade in under-the-counter condoms. Local tobacconist Petar (Nikša Butijer) admits to Fabian in confession that he is supplying the condoms, and Fabian convinces him that it would be God’s will to start puncturing each condom packet. They are joined by local pharmacist Marin (Drazen Kuhn), who secretly replaces birth control pills with vitamins. Before long the birthrate – and marriage rate – on the island start increasing, with foreign TV crews even showing an interest in this island of love.

At home in Croatia it was the top-grossing domestic production of the year (and the third highest-grossing of all time since Croatia achieved independence) and it has since had an international impact in Festivals and on release.

Comedy treads a fine line between light and dark – The Guardian

Colourful, fun and breezy about sex and religion – The Times 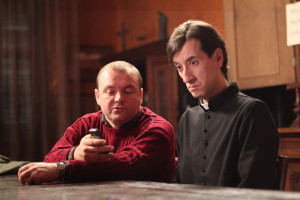 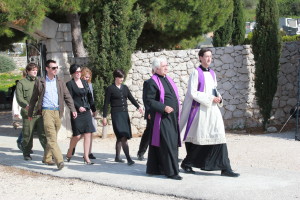 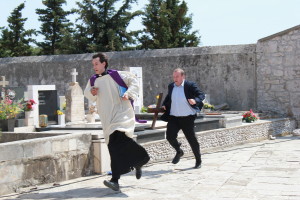